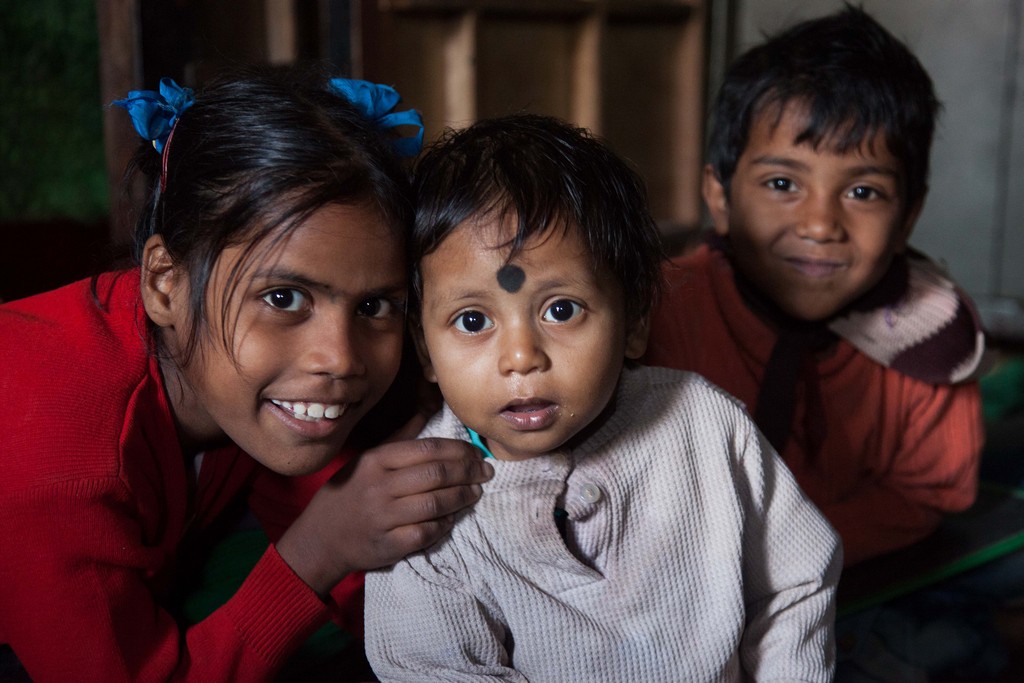 Poverty is perhaps the worst form of violence against children. In a country where 40 per cent of the population is poor, vulnerability to various forms of deprivation potentially affects almost one in two children.

The number of children involved in work that seriously jeopardize their education and adequate development is unknown, but estimates range from 12.6 million (Census 2001), to 60-115 million, as claimed by civil society organisations.

Children are victims of abuse, exploitation, neglect and violence within their own families, schools and communities. Child trafficking is an especially serious problem in West Bengal. Duped by traffickers, families give up their children on false promises of job, education and marriage opportunities away from the village. Trafficked children normally end up in the worst forms of exploitation, such as sex work, pornography, domestic labour.

Since the late ’80s, CINI has worked with children living on the streets, run-away, missing, sexually and physically abused, at risk of early marriage, out of school, or victims of other forms of violence. CINI Child Protection Resource Centre coordinates programme activities and fosters innovation in both institutional and community-based child protection work.

CINI extends protection interventions to over 5,000 children through institution-based services and 21,500 children through community-based services. We offer education and protection services to children who are most vulnerable to abuse, exploitation and trafficking in the metro areas of Kolkata through CINI Kolkata Unit and Siliguri through CINI North Bengal Unit, and in the districts of Murshidabad through CINI Murshidabad Unit, North Dinajpur and Jalpaiguri through CINI Uttar Dinajpur Unit, in South 24 Parganas through CINI Diamond Harbour Unit and in Khunti  through CINI Jharkhand State Unit. Several programmes are implemented along the borders of India with Bangladesh and Nepal, where child trafficking is a serious as much as an elusive problem. Services and facilities are concentrated in red-light areas, around bus and train stations, and in deprived slum and village areas. Several partners are involved to address the multiple forms of violence on children: the police and the judiciary, local NGOs and community-based organisations, children, youth and women’s groups, families and schools. In at-risk locations, we offer temporary shelters, both in the form of drop-in centres and shelter homes, for children in need of special protection. All efforts are made to reintegrate children with their families and communities when possible, including providing the necessary support to parents who may have difficulties in accepting their children back.

In partnership with the government and the police, we manage Childline services with five units deployed across West Bengal offering a 24-hour toll free telephone helpline to extend assistance to children in distress. Children, adults and the police report on the hot line instances of child abuse, child labour and child trafficking. We also operate a helpline for teens and persons affected by HIV/AIDS, offering counselling and assistance.