Overall objectives: CINI has been working in the field of maternal and child health for more than four decades,in both rural and urban areas, in different states of India. Partnering with communities and the government, we have sought to integrate health and nutrition components to provide integrated services, converging also more broadly with education and protection interventions. Similarly, our HIV and AIDS programmes, which we implement through a specialised organisational arm, the HIV/AIDS Division, are designed in a way to integrate with our multi-sectorial approach at the community level.

The HIV/AIDS Division manages projects and provides technical assistance in several districts of West Bengal and in a number of neighbouring states, such as Jharkhand and Sikkim.CINI was the first NGO to establish, in 2003, a community-based ICTC, which is now acting as a stand-alone ICTC at CINI main campus with financial support from West Bengal State AIDS Prevention & Control Society (WBSAP&CS) and supervision by HIV/AIDS Division.

The HIV/AIDS Division has been involved in leadership development programmes among people living with HIV (PLHA). Progressively, it has become responsible for capacity building of all TI (Targeted Intervention) partners in the states of West Bengal and Sikkim as State Training and Resource Centre (STRC), a role which gives CINI a key platform both at state and national levels.

We have also been working with migrant people to prevent HIV infection at source among potential migrants, inbound migrants and wives/sexual partners of the migrant population by mainstreaming HIV/AIDS programming at Panchayat level (with financial support from ICCO).

The Division is implementing a Link Worker Scheme in a number of districts to reach out to HRGs and vulnerable men and women in rural areas with information, knowledge, skills on STI/HIV prevention and risk reduction. Since 2010, CINI has been acting as the Lead Agency for 11 districts of West Bengal.

Dr.Rumeli Das is a clinician by profession. She has earned her MBBS and DMCW degrees at the University of Calcutta and has been trained on reproductive health research at the London School of Hygiene and Tropical Medicine. Dr. Das has been involved in the development sector for the past 26 years. She leads CINI’s HIV and AIDS Division and has technical experience in the areas of reproductive sexual health (RSH) and HIV and AIDS. 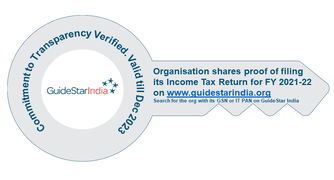